Discover the best Palm Springs restaurants in a thriving desert culinary scene that stretches across the entire Coachella Valley.

Sorry, no records were found. Please adjust your search criteria and try again.

Since taking the reins at Babe’s Bar-B-Que & Brewhouse in 2018, Lucky Callender has accomplished a lot, from refreshing the space to updating the menu and expanding the beer business.

“It’s really been organic growth” says Callender, whose late father Don Callender, the restaurateur behind the iconic Marie Callender’s chain, opened Babe’s in 2002. “We’re growing as a brewery. People are loving the new label artwork, and we have more beers in the pipeline, but the food is still deeply part of it. We’re just as recognized for our food as our beer.”

Callender points out that many of the classic dishes the restaurant is famous for remain, such as its pulled pork sandwich, 20-hour brisket, and wood-smoked St. Louis and baby back ribs. “Our rubs, our tamales, our pies. They’re all old family recipes that haven’t changed one bit. They’re a family legacy.”

Many of the innovative menu additions have become fast favorites, including tacos stuffed with smoked brisket or crispy pork belly, small plates of Southernfried okra, lobster mac and cheese, and five different styles of chicken wings. Callender has also brought on a new brewer who’s helping the brewery produce more of its awardwinning beers like the Blackfin Lager and Honey Blonde Ale, now available at retailers around the Coachella Valley with new varieties on the horizon.

Something else on the horizon: an underwraps project that will give Babe’s a presence outside of Rancho Mirage. Callender says it’s being created, in part, with input from the customers he chats with daily. “What’s really awesome about the restaurant business is it’s like you’re having a large house party every night where you get to talk to all your guests,” he shares. “I’ve been doing a lot of listening and it’s so cool to hear all the feedback and what people love about Babe’s.” 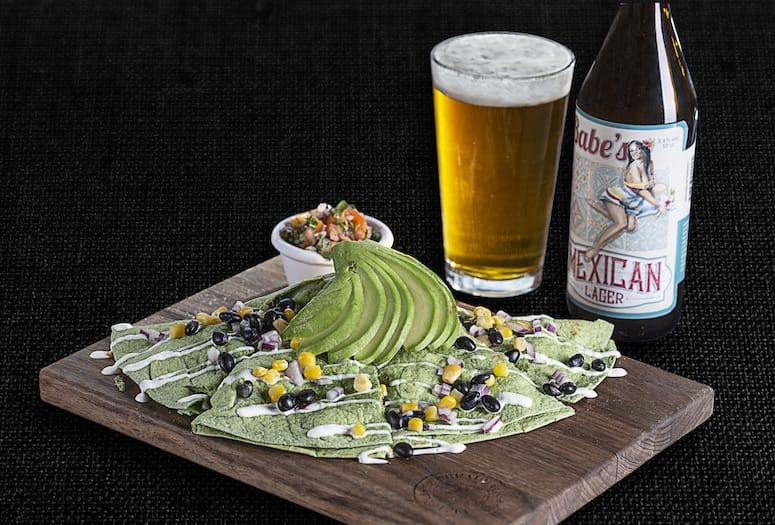